The Brandltape company held a festival of bard songs «Let's fill our hearts with music!»

We continue to get acquainted with the teams of the Bard Song Festival «Let's fill our hearts with music!», which was held by the Ural Chamber of Commerce and Industry with its friends and partners.

Our «Sticks» are the most correct sticks in the world! If you need something to stick, paste, stick - call our «Stripals» and the job will be done! Employees of Brandtape and the Festival used to advertise their products, offering all participants a roll of branded adhesive tape as a keepsake. «This is scotch scotch scotch!» - the guests of the Festival were delighted.

The rich shurpa, which the «Prilipals» prepared according to a special Rezhevsky recipe, was also noted with enthusiastic reviews. The broth from the meat of a young lamb during cooking is brought almost to a jelly-like state (similar to the basis of scotch tape!). The result is an «elixir of health and vigor» - such an assessment was received by the «Prilipalovskaya» shurpa from Yakov Mozhaev himself, a well-known restaurant critic, a member of the jury of the culinary part of the Festival.

«Sticky» could still get the title of the most resourceful team if they introduced such a nomination in the musical part. Having no musical talents in their composition, they asked to speak from the team of our excellent presenter Konstantin Zushchik. Let's not guess what was the main argument in the negotiations: a fragrant shurpa, a garland of scotch tape or just human responsiveness, but the number took place. The famous «Night Road» by Yuri Vizbor was picked up by all the participants and echoed over the festival glade and the open spaces of Kamensk:

Do not believe separations, old man: their circle -
Just a dream, by God.
Other times will come, my friend, -
You believe in the road.
There is no end to the road, but there is its outcome.
Roads are difficult, but worse without roads... 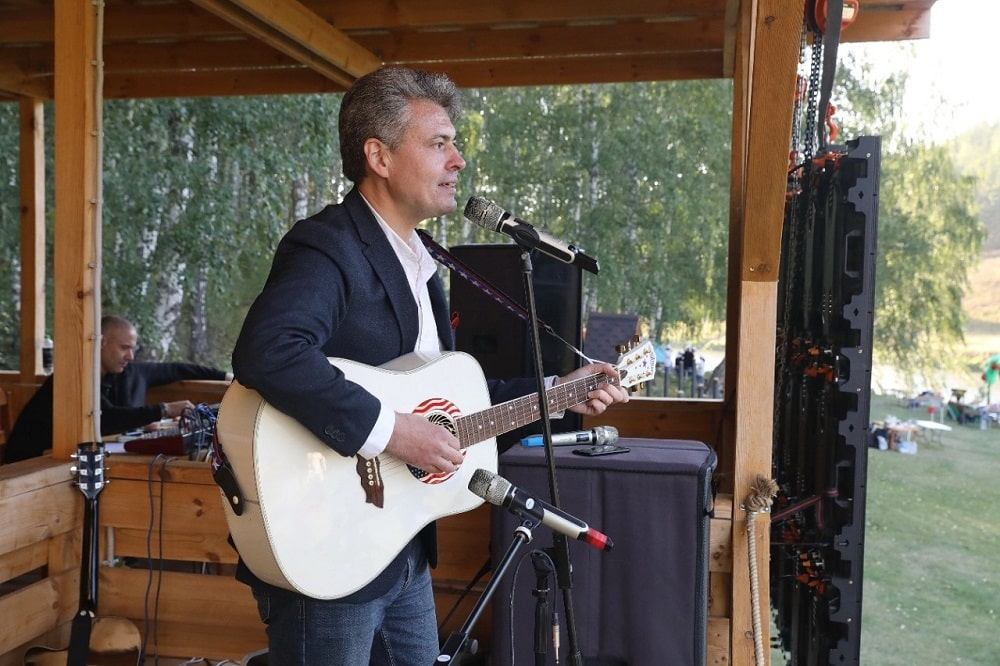