«Our client needed a logo on tape — and we launched a plant in Rezh». 14 years ago, the owners of the company knew nothing about the production technology. Today they sell products throughout Russia.

It would seem that adhesive tape with a company logo printed on it is not an essential product, and it is difficult to make a business on such a product. However, the production of branded adhesive tape in the Sverdlovsk region has been successfully operating for 13 years, cooperates with large (including international) companies and sells its goods abroad.

From the Leningrad Region to Yuzhno-Sakhalinsk

The production site in Rezh was launched in 2006, but Brandlenta's customers appeared long before. The main owner of the company  By that time, Valery Rybin had been producing and selling souvenirs — including mugs, panels and t-shirts with printed images and logos. Once, regular customers asked him if he could put their logo on scotch tape. Mr. Rybin decided to find out how this is done, and it turned out that the adhesive tape branding technology is seriously different from silk-screen printing and screen printing, which is customary for souvenirs. 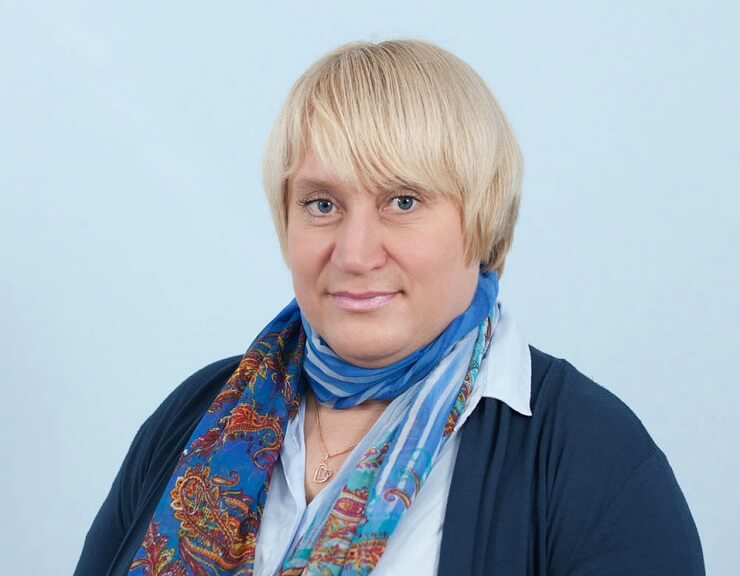 I was working with his organization at that time, and he asked me to study this technology,  — says Natalia Sivovolova, who later became the director and co-owner of Brandlenta. — I started with the fact that I read everything I could find about it online. It turned out that the process is quite complicated. Printing is applied to a biaxially oriented polypropylene film, and due to its chemical properties it is very difficult to "accept" paint. We were the first to produce machines for such printing in Italy, it was there that we bought the first flexo machine for surface printing on adhesive tapes.

Rezh was not chosen by chance as a platform: firstly, it is a kind of typographic center of the Urals — there is a large Rezhev printing house, and it was easier to find specialists there. Secondly, it was cheaper to set up production in the regional city. First "Brandlent" rented a site, but in 2013, having saved up money, the owners purchased for 2 million rubles. 0.7 hectares of land and built a workshop on it, now they are preparing to launch the second one. 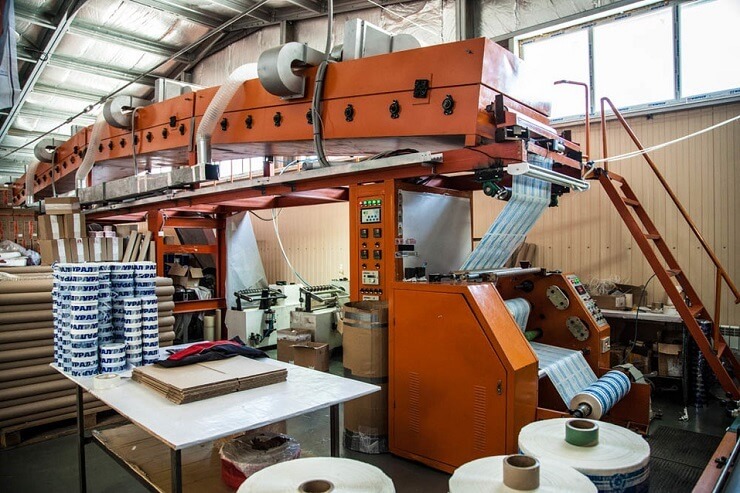 The branded tape turned out to be a sought-after product. This is not just a marketing element, such tape has, for example, a security function. Food manufacturers — first of all, small products such as chips, sweets, etc. — seal boxes with branded tape to prevent theft during transportation. If the package was opened and sealed with another tape — you can safely file a claim with the carrier. For transport and logistics companies, for warehouse employees, such a tape — also marking: on huge racks you can immediately see where the goods of a particular manufacturer are, — says Natalya Sivovolova.

Now the company sells its products to three thousand contractors — from the Leningrad Region to Yuzhno-Sakhalinsk (there a local dairy plant packs boxes of curd cheeses with a branded tape), to Kazakhstan.

We have a big contract with the Russian Post, we work with KamAZ, we were contacted by the local and Novosibirsk IKEA. But for some reason we failed to make friends with the special services. At one time, we came out with a proposal to make a barrier tape for our customs, but they did not show interest there, — notes the director of the company. 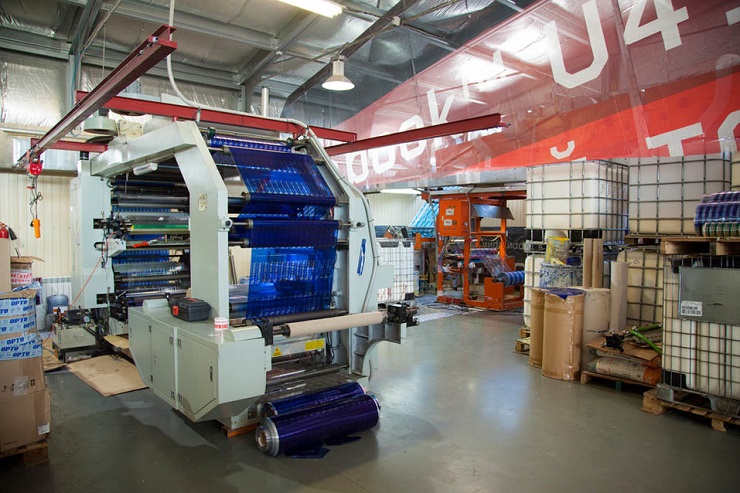 The Chinese — it's not scary

Monthly «Brandlenta» produces about 300 thousand rollers of different types of adhesive tape. The most demanded — duktape tape (silver reinforced tape), masking tape and branded tape. Raw materials for most of the products have to be purchased in China — in Russia they do not produce either the product itself or the components for its production. The company's specialists bring from China large jambs (bobbins) of adhesive tape 1.5 m wide and 6 km long, and then rewound, if necessary, put an image on them and cut into small rolls. About 3 thousand small rolls are obtained from one reel. 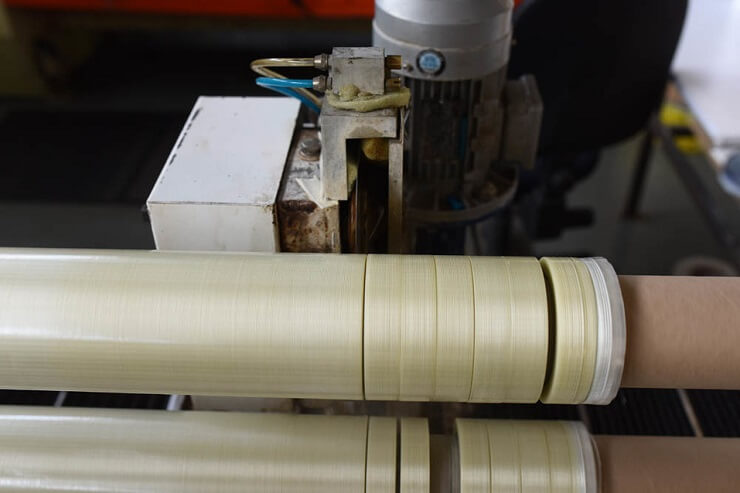 Polypropylene film is purchased from Sibur, glue is purchased in the Nizhny Novgorod region, printing ink is purchased in Russia and England. Such scotch tape, produced in Rezh, becomes the basis for branded tapes. Other types of tape are still brought from China. 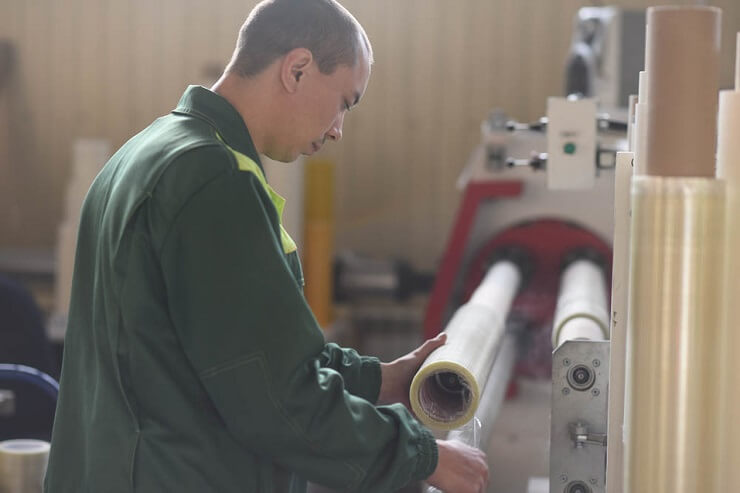 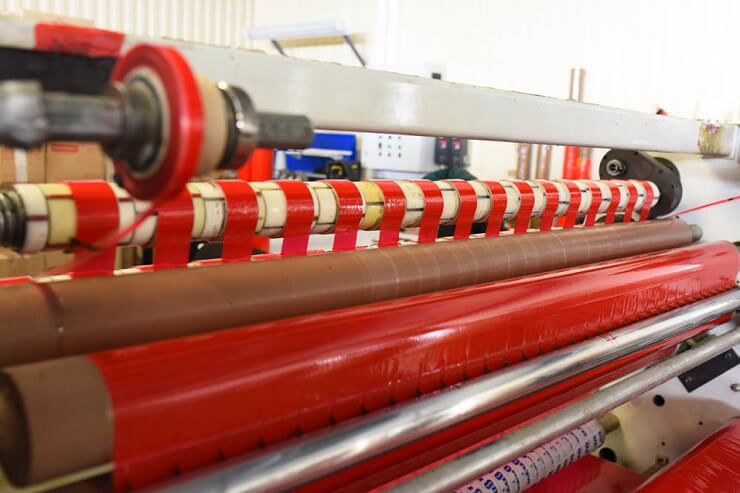 «Sibur» export-oriented, so they do not sell raw materials cheaply, adjusting the price to the ruble exchange rate. As a result, the production of "pure" Scotch tape here is only a little cheaper than bringing it from China, the margin is minimal, — explains Natalya Sivovolova. — Muscovites make a profit due to large volumes, but we "pull" due to branded tape, which still has an added value.

First "BrandTape" purchased raw materials through intermediaries, since 2007, company representatives began to travel to China themselves. Natalia Sivovolova says that there were no particular difficulties when working with Chinese partners (recently, businessmen like to tell scary tales about the "Eastern mentality" that is obscure to Russians). It was much more difficult to work with Europe:

Yes, it happens that the Chinese try to deceive, put a product of lower quality, but this problem is removed by constant control. But with the Italians, from whom we bought equipment, or the British, from whom we buy paint, we suffered. If our counterparties in Russia are ready to ship goods at least at night, if the customer requires it, then in Italy, according to our feelings, there is a continuous siesta, and no one is working at all. Both the Italians and the British may not respond to your requests for a long time, they can postpone delivery dates at their discretion. 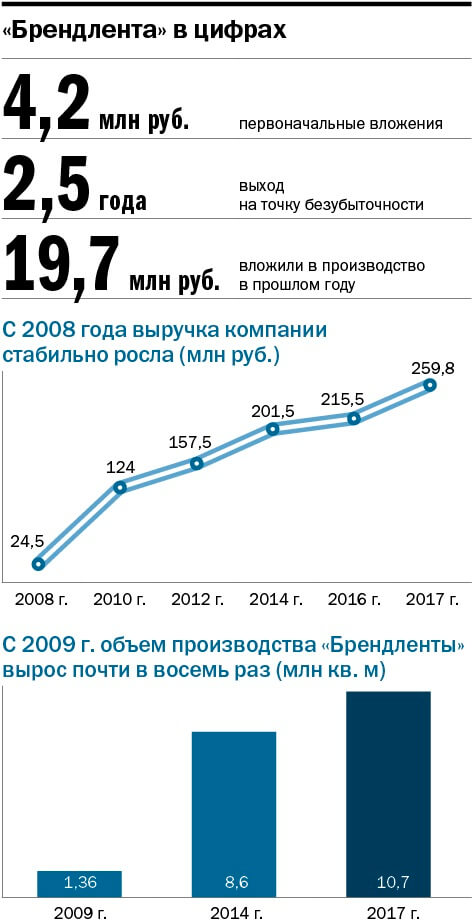 It’s not crises that hit the pocket, but gas workers

Despite the fact that scotch tape does not seem to be a necessity, Brandlenta survived the crises of 2008 and 2014 quite calmly.

Fortunately, by 2008 we had significantly expanded our product line. During the crisis, they began to buy branded tape less often, but we survived at the expense of other products. In 2014-2016 the company was in stagnation: in terms of money, we remained at the same level due to the growth of the dollar, but "in pieces" sank a few. But last year we grew by 20% compared to 2016, and now we are also showing growth, — explains the head of the company. 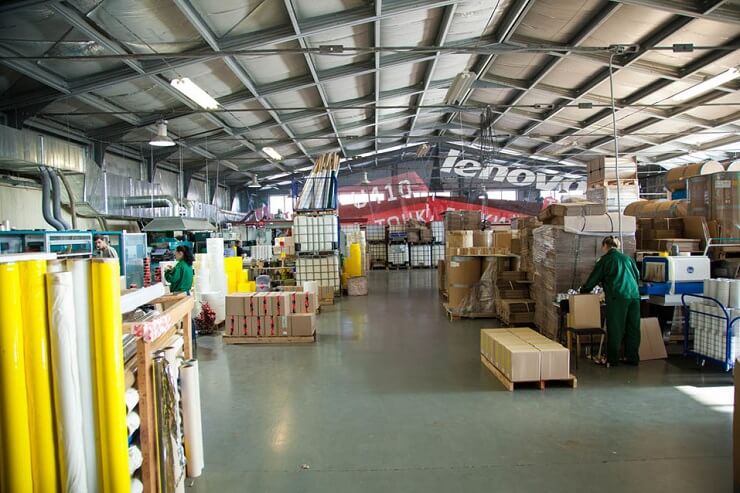 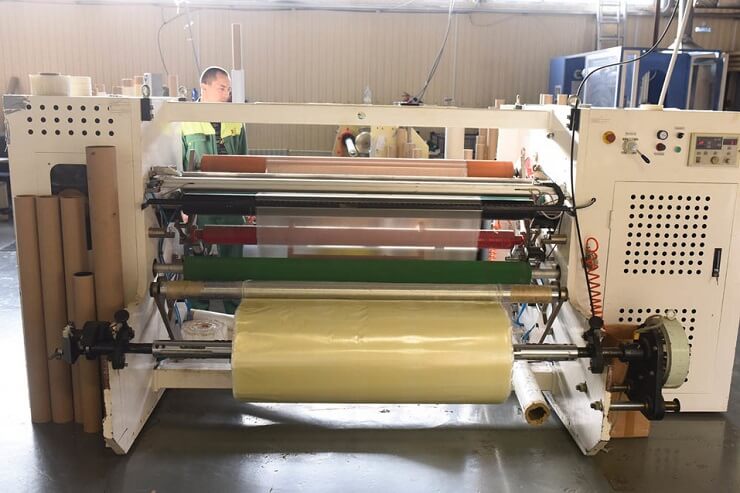 Much more than economic crises, the development of production is hindered by the lack of cheap investment loans and expensive energy resources — in general, problems close to many entrepreneurs. In the near future, "Brandlent" launches a second workshop in Rezh, for which it is necessary to purchase a line worth about 60 million rubles.

We really need this equipment. We have three printing machines and only one coater that applies glue. If it breaks, the work will stop until we restore it. Therefore, we definitely need another line. Now we are negotiating with the bank, and there are two problems. Firstly, there is not always enough collateral — although we own both land and production. And secondly, I would like to get a lower rate. Our margin is 15-20%. If the bank takes 10% of them, the point in lending disappears.

Another problem of the Ural enterprise — expensive electricity. Now the company pays 7 rubles. per kilowatt — about 300 thousand rubles. per month. When they put the second line, the amount will rise to a million rubles.

This, of course, is strange for an energy-abundant region, but it is even more strange that it takes a lot of effort to bring gas to the enterprise. Europe is much more gasified than Russia, where this resource is mined, — notes Ms. Sivovolova.

The fact is that the workshop is located quite far from the main gas pipeline — 600 meters. In order to bring gas there, the owners of Brandlenta should make a project for 1.2 million at their own expense and lay a pipe (and this is about 5-7 million rubles). And, in principle, they are ready to invest this money, but the gas pipeline, built with private funds, will not belong to the company. In fact, they will bury these millions and will not even be able to use this property as collateral when applying to the bank.